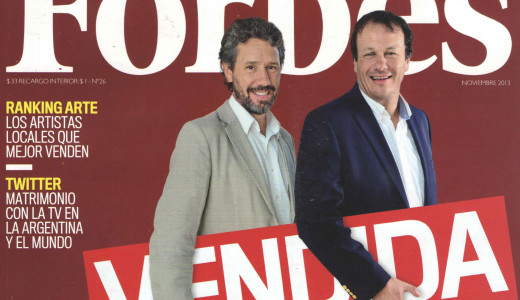 Little by little the devices delivered from the legendary Q to James Bond, to fulfill their missions are arriving to our living rooms or the companies to improve their production systems.

There are many examples:  Microcameras which enter the human body and send thousands of images to diagnose diseases.

Agricultural machinery wirelessly connected with data obtained from satellites and ground sensors that adjust irrigation and fertilization for every field according to their nutritional needs.

It’s the Internet of the things era (I or T), which is gradually changing lives and companies processes, changing business models completely; this has been defined as disruption.

The architecture of traditional static information is being redefined with this new way of creating value, and with it, many investment opportunities are opened for Angel investors.

The massive adoption of the “Internet of things” is going to take a few years, however the process is advancing thanks to improvements in related technologies. Advances in wireless networks and the mayor standardization of communication protocols facilitate the obtainance of information at anytime, anywhere.

According to Moore’s Law, as the transistors are doubled, the production and operation costs decrease. In this 2013 and 10 year from now, we are at a turning point multiplication and cost reduction curve, in which the possibilities of mass business grows exponentially.

Those companies that best integrate the “Internet of things” in their operating processes are more likely to be the competitive in their field. This is an idea that investors cannot ignore and that may be channeled in various types of applications focused on information gathering and analysis, and in a second stage automation and process control. Then it’s time to identify the best startups that create products that meet the technical challenge of integration and demonstrate that they are able to add value.

In that sense, we identify companies like WeHous , a Argentinean startup which is developing a mobile platform that allows the homeowner to manage their house throughout  a cell phone.  Air conditioning, oven and the TV control, all operating from a remote.

Companies like this are the answer to real life problems which society face. How much energy is wasted by forgetting to switch off a home appliance? These everyday mistakes are gigantic if we multiply them by the number city inhabitants.

Beyond the challenge of the optimal regulation of the use of information, the biggest challenge is to create companies that manage to increase and analyze large volumes of information which can be absorbed so that they can be used by final consumers, governments and industries in the most appropriate way.

According to Cisco Systems, in 2020 more than 500,000 million “things” will be connected to the Internet.  While the numbers are encouraging, there is a clear tension – common in all disruptive processes- in which large hardware companies resist until they are able to reinvent themselves following the new trends or die in the attempt.

Knowing how to identify startups in Latin America, investing in them and betting on a several year innovation path is what makes an Angel investor willing to put their money in this “new” market that already moves billions of dollars in the world.

Intelligent houses, green and sensitive businesses. Promising businesses.  Internet of things.  I o T investment. Do not say you were not told so.