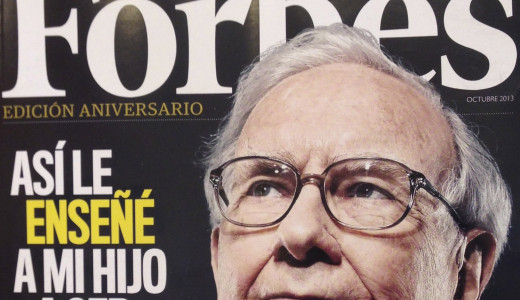 Being an angel investor, involves taking large risks to get great results. It also implies that most of the times, the investor will have a perception of the business opportunity that will probably not be fulfilled. Part of the game, is to know from the beginning, that the investor will often lose more times than the ones he wins, but if he chooses wisely, with a few hits, he will replicate his capital, recovering for his losses and generating an extraordinary return on the portfolio of invested companies. When we talk about risk, we are talking about sound and ambitious ideas with the ability to transform the environment in which they are applied. Even though it’s possible, innovations don’t often happen. Someone must take the first step. If this were to change in the market, companies would get great profits. Therefore, the angel investor should be someone who studies and analyzes trends and consumer habits, evaluating which are the main innovations that people expect and can take place in the mid and long term. An interesting case is the e -wallet (digital wallet), which allows us to pay our purchases through our phone, just by placing it next to the cashier. That innovation that is being adopted in the United States, Japan and Europe has been tested for over 15 years by Wenceslao Casares from Argentina. He tried it through a combination of hardware and software in the same device. That test required several million dollars. However,  in the ’90s, people felt very comfortable using wallets, and the adoption of the e -wallet failed back then. Nowadays, that idea matured and even Google has set itself to conquer the payments markets. Nowadays Wenceslao is leader at “Lemon”, the e –wallet app with more than 4 million downloads worldwide. This success was possible thanks to the investments of the past that were part of the acquisition of knowledge that has now been transformed into business, if we analyze it from a Lean vision. An example of this sort, is an investment made by NXTP Labs in Satellogic (2013). This company founded by Emiliano Kargieman launched into space “Captain Beto” , the first Argentine nano satellite from China . Who has not dreamt on going to space as a child? The level of development of nano technology, nowadays, allows us to access space via nano satellites at low prices, unthinkable decades ago. The timing also appears to be the suitable: there are some startups exploring similar products in the U.S. such as Exosphere and DIYRockets, who are developing low budget rockets to launch into space. I am convinced that Satellogic is the most ambitious company in the region, here is why: it aims to create a network of low-orbiting satellites, applying the principles that made progress  in the past 15 years to servers, and turning them into the data centers we know today, but :cheaper, simpler and less tolerant to mistakes, generating a stronger service. From the angel investor point of view, Satellogic , has all the characteristics of high-risk investment startup: – If it works it can change an industry. – A capable and committed team : Emiliano Kargieman is a successful entrepreneur. – A successful proof of concept: already launched its first satellite from China and are making the second one which is launching from Russia as you read this column. – A credible plan to build a company that can easily be worth several billion dollars . To sum up , although this company is likely to fail just as any other , if it works the profits will be immense and this makes many companies prefer to invest in it rather than others that may be in break even or earning some money but do not have the opportunity to grow as Satellogic . In addition to the above, the process of knowledge is kept by the investor and entrepreneur in the process of the company’s implementation. At the moment, knowledge is the differentiating factor of economy, investing in companies like Satellogic also represents access to a laboratory of ideas , finding hypotheses that make this opportunity especially valuable . All in all, high-risk  and high-reward is the name of the game … * Originally written for the October’s edition of Forbes Argentina