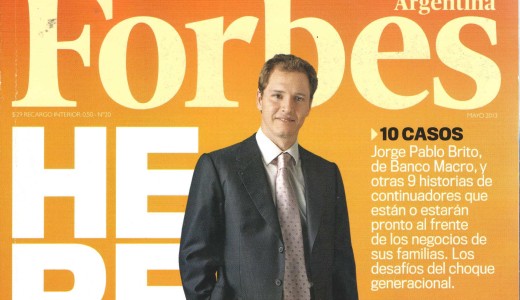 What today makes the senses and the human brain, the origin of our knowledge, took centuries to evolve from atoms to molecules, which settled into DNA and then developed the human mind, which can process abstract ideas and our daily entanglements.

Technology nowadays is following the same evolution of human knowledge, and today’s machines are developed in the same way that chemistry became biology, and this resulted in neurology, until it managed to handle the complexity of ideas, stories and general knowledge in that is the culture of Homo sapiens.

At present, the number of microprocessors connected to the Internet is about to reach the number of connected neurons of a human brain, and the entire Internet is like the brain of a newborn which in the coming years will grow and will begin causing the effects generated by the first ideas.

But why is all this relevant if this is not a science but a business magazine? Because this technological change is the axis on which many businesses will disappear. It will also generate very rapid growth opportunities for a generation of companies that do not yet exist and that will be the next Google, Facebook, Twitter in the world or Mercado Libre, Despegar, Globant Buscapé, OLX, in the coming years.

And it is especially important that angel investors join companies that capture the opportunities that technology creates, having the chance to invest in areas that the venture capital industry describes as hot, such as: Big Data, natural language processing, semantic analysis, whatever mobile , crowdsourcing, crowdfunding, personalization, discovery marketing, geolocation, social commerce, reach e-commerce, social behavior, social-mobile-LOCAL.

Any of the big words used to describe these new technologies must have one thing in common: to improve the lives of clients in a new way through technology.

If we reflect on the changes of the past 18 years, when Internet was an unknown word and we were trying to imagine what life today would be like, we see that we are far from the flying skates of Back to the Future, but certainly we do things with our mobile phones which were unimaginable at the time.

If we try to make the same effort today to plan the future, probably we will fail in the same way, but cialis prices surely companies that are able to be part of these solutions will be big companies and those who invest in them will have incredible returns.

These days we are no longer surprised to know that a computer can beat a person playing chess, and change our perception of the game.

When the technology applied to determine medical diagnoses based on answering simple questions or analysis are able to produce a Dr. House that can evaluate complex cases more efficiently than any specialist, the knowledge of physicians may undergo the same change in perception. Those who have developed the company and its investors will have generated and captured immense value.

While this may sound like science fiction, or something that might happen in the distant future, it is being played by companies in which we invest atnowadays in Argentina, such as Shopperception which, using motion detection cameras from Xbox Kinetic, developed a system to monitor the behavior of consumers at the shelves of supermarkets. It has been already installed in several hypermarkets and the technology is also being exported to North America and Asia. Or SocialRadio who developed a mobile phone application that lets you listen to the Twitter timeline of a person rather than read it: perfect for when driving or running. A truly personalized radio experience.

Opportunities are available now. Just take the risk and be part of the change … or risk changes in technology making decisions for us.