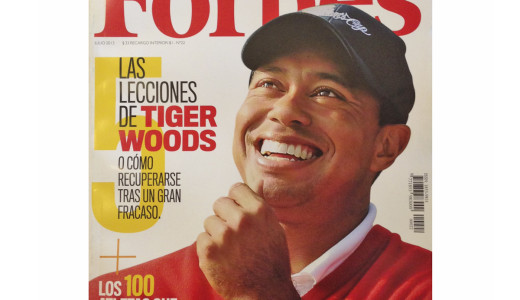 “Disruption” is the name of an angel investor’s game. The best thing that can happen is to deal with companies offering investment opportunities with teams that have the ability to transform the industry in which they operate.

Investing in companies with the potential to transform an industry is a much riskier decision than to allocate equity within startups whose products and business model are fully consolidated.

However, if the entrepreneurial team manages to transform the industry, causing changes in users’ consumption habits, multibillion valuations are thus derived from traditional businesses within unthinkable lapses of time.

Today, the opportunity to transform the industry related to finance through technology acknowledges Bitcoin.

Bitcoin is a cryptcoin, perhaps, the first and only one, which managed to concentrate enough users’ critical mass and, thus, exceeding the tipping point from which there is no turning point.

There is no financial institution to issue such virtual asset and its traffic is controlled by the own community.  Something that may sound utopian to some and disruptive to others. The Bitcoin case is ideal to identify investment opportunities for  angel investors.

The current cryptcoins status reminds me of Internet initial stages. The virtual currency is similar to TCP/IP, the protocol over which the network is set and, although it is not the business itself, it is the business models designed over it.

During Internet first stages, the models were rather basic: website creation, providing connection (ISP) or e-commerce services for third parties.

At present, the first technology Bitcoin-based businesses are the ones derived from an incipient industry: payment gateways, remittance transfers and electronic wallets, among others.

Both, the time when Internet started as well as today that Bitcoin market is recently born, it is almost impossible to imagine what models will work. Few could imagine Google, Twitter and Facebook such as being used at present.

Any and all efforts towards predicting how Bitcoin is going to change order viagra the world will be vain, but the features and developments we have at present do anticipate  that those to invest in in this emerging market in the medium and long term have the opportunity to ride the wave once every 20 years.

Enthusiasm should not lead us to create illusions.  It is usual that the perception of technological change is overestimated in the short run and underestimated in the long run, such as it happened with the dotcom boom, the cell phone and the solar energy.

It is important to be able to read the disruption curve properly. Investing in early stages, to exit from it at the peak of the overestimation; then, if the opportunity, arises, come back to repurchase shares during the low or bear medium term market, to finally capture the long-term value. That’s the circuit.

Is Argentina a safe market for the Bitcoin global industry? I think so and that this possibility is much closer than you can believe. Some of the reasons:

• The entrepreneurial ecosystem is one of the most developed in the region due to, among other things, having been heavily involved in Internet first wave. It is not casual, then, that out of 300 Latin American most important startups, 250 are nationals. There is “know-how” developed.

• Argentina has the highest Bitcoin “per capita” penetration. Brazil is one of the countries with the largest number of Bitcoins but, in Argentina, its concentration is higher.

• The combination of entrepreneurs, social and cultural factors within a strong ecosystem will create a competitive advantage. It is the ideal breeding ground for the emergence of collective innovation.

• There is no doubt that USA is fighting for leading investments in Bitcoins-based companies, by means of investing more than US$ 30 million.

Therefore, we do have the opportunity to invest in companies that are ready for gearing up for the next big wave. Don´t  you say we did not warn you.