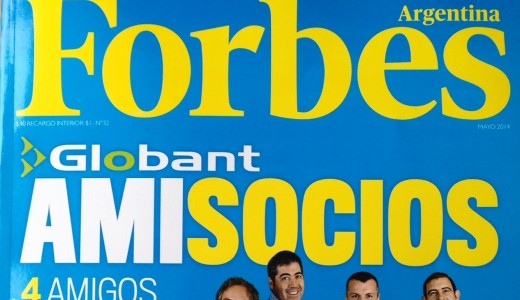 Article published in Forbes magazine , Argentina
Facebook used 35% of their liquid money to buy WhatsApp , the application according to the vision of Mark Zuckerberg does not replace Facebook Messenger , but the SMS , revealing thus pointing to replace their frenemies , telcos ( not lose sight of all movements made ​​Internet.org ) . WhatsApp will continue to operate independently of Facebook, noobstante not yet revealed what business model that will apply .

About buying we can say that Facebook unlike Google , will not will merge the app on its platform, Zuckberberg bets for having an ecosystem that follow the user across multiple platforms using ; remember that Facebook not joined Instagram.

On the other hand , buying WhatsApp, apprehend be the great answer to the question that was on Wal Street Facebook back in 2012, when the largest social network out to tender offer : What is your mobile strategy?
WhatsApp acquisition was imminent. Weeks before the big announcement , it transpired the Google deal worth USD 10,000 million. Facebook nearly doubled the offer; reasons : WhastApp , founded four years ago, is the only service that best daily Facebook engagement : the application registers more than one million daily users and handle the same volume of messages SMS all the venues in the world.

Yes , at this point of the article all those who bet on Blackberry and its BBM messaging system wonder : why not take the path that took 100 % digital WhatsApp ? Remember today that BBM as RIM , worth U.S. $ 3,400 million and has 80 million users. Nothing to deal with the company’s green icon.

The short history of WhatsApp goes back to 2009. With an initial investment of USD 250. 000 , is the largest deal in the history of representative fund technology industry , Sequoia Capital , which invested early in the company in leading its series A shares investing $ 8 million.
Sequoia ‘s total investment in the program is $ 60 million distributed in 3 rounds. Sequoia gain from the sale of USD 3,600 million would WhatsApp .
WhatsApp Sequoia entered in 2011 and in less than three years multiplied 60 times your investment , when it takes 20% of the empeda . In baseball it’s called Homer
Those who do not know the history of Sequoia is one of the investment funds with an impressive track record of investing in Silicon Valley, should know that started as a seed capital fund back in 1972 and managed to gain a reputation for intelligence laboratory take risks by investing in disruptive companies in early stages , regardless of whether they are profitable or not.

According to calculations made by the Wall Street Journal, the companies forming part of the portfolio of this fund now represent more than half of the capitalization of the Nasdaq.

The lessons of buying WhatsApp for angel investors can not go unnoticed. All who are determined to invest in technology must be taken into account . Here are some :

1) WhatsApp , like other startups , began work four years ago in a then emerging trend : the mobile market. Today exploits have been the first and pays well.
2) They got into a business in which virility and growth metrics are more important than the user renevue .
3) Being the market leader generates a premium that some buyers are willing to pay .
4) The bidding between Google and Facebook was essential to achieve price USD 19.000 million records .
5) Provided that a product fulfills its mission to transform the habits of its users, the business model can be expected.
6) A product that becomes strategic for industry will be eventually a desired purchase.
7) WhatsApp did focus on a single concept : messaging. He found the feature that most users valued and cared for market leadership there.
Are you ready to detect and investing in the next WhatsApp as angel investor ?
Be sure to ride the wave.