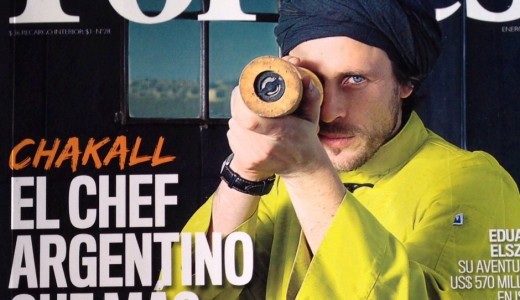 Everything is a matter of time and perspective. Watching a movie in the first row can lead to misunderstand it.

In December we have seen the price of Bitcoins fluctuate like a roller coaster. From a valuation of 500 at the beginning of November, to 900 in December 2nd, to a crash a few days after. Today, a few weeks later, this storage unit recovers quickly.

However, if we take the last cinema seat in the Bitcoin film of the last year , despite it ‘s ups and downs , the general trend is that the price in dollars has grown exponentially in 2013.

If we got off the merry-go-round for a moment, and note similar references in history, we can find several possible Bitcoins at different periods, e.g. fever tulips in the seventeenth century, the price of cinnamon in the sixteenth century or the value accumulation of gold that lasts to this day.

The aura of mystery around the Bitcoin seduces us all. Why were they created? Who created them? For who? All these questions with incomplete answers.

At the root of everything is the name of a man who does not exist or at least nobody identifies: Satoshi Nakamoto .

While some researchers think he is a Finnish sociologist, others opt for the theory of an American financial speculator, other romantics want to believe that he is a student in Dublin , and the more conspiratorial ones, suspect his name is a pseudonym which consists of the sum of a sort of short forms of four companies : Samsung, Toshiba, and Motorola Nakamichi .

The search of this mystery man as the Bitcoins creator and the questions about his identity, reminds me of a passage from the novel “Atlas Shrugged “by Ayn Rand.

In the novel, the question “Who is John Galt?” A man who has achieved great things, but of whom little is known. The question gains importance as the character is discovered by the reader.

“Atlas Shrugged ” makes reference to a market and a society that reaches its peak of progress the freer it gets.

The market regulates itself, following the inertia of its own intelligence and autodepurates itself when the reliability of the unit of value is based on a mathematical calculation and not in the sense of trust. That’s how Nakamoto postulates the cryptographic stamp as the guarantor of genuine independence in the stock market, a principle that can revolutionize transactions.

In the foundational Bitcoin document, published in 2008 by Nakamoto , he presents this unit as a solution to a problem about the way modern financial institutions manage transactions .

To Nakamoto, Internet commerce has come to rely almost exclusively on financial institutions which serve as reliable third parties, to process electronic payments. But these same institutions have to protect their clients from fraud, which means that they retain the ability to reverse fraudulent transactions on behalf of itself and its customers. In the end, money ends up being more expensive.

The possible effect this may have on how the money flows is radical. Instead of sending money from account to account, allowing banks and other financial institutions as mediators of the exchange. This Bitcoin trading is as simple as handing someone a piece of gold.

However for those who are less confident, Bitcoin is like a lottery ticket. Investors should consider Bitcoins as a long-term speculation rather than a short-term trading or long term investment.

As an angel investor, I think we cannot help, but explore the opportunities offered by the bitcoin as an innovation to the current monetary model. If we build a new transactional model, a new chapter of history will be written, accumulating specific knowledge that will help to find the answers we seek later.

Investing in startups or e -commerce marketplaces will more than likely be less risky than investing in bitcoins. However, an angel investor cannot ignore the fact that the bitcoin universe is a space to explore. From NXTP Labs we have several companies that are coming into this game, as Latin Coin, BTC and Bitpagos Trip. We must challenge ourselves to play.